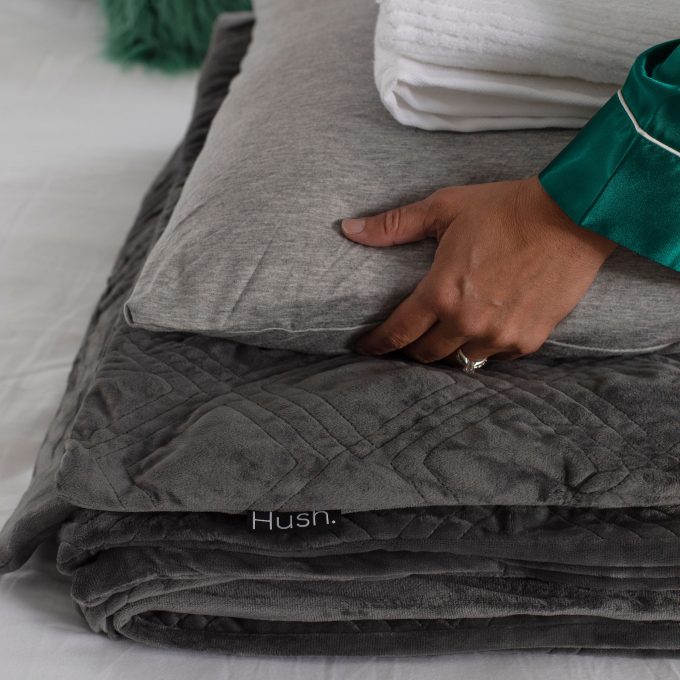 Introducing the Hush Blanket. A weighted blanket that has aided thousands of people who deal with any sort of sleeping issues ranging from anxiety, insomnia and more. The comfortability offered by Hush Blankets allows their users to feel hugged and comforted while asleep.

Hush was founded in January of 2018 by Aaron Spivak and Lior Ohayon. Lior was heavily invested into his community as he worked at a summer camp which catered to children with special needs. The camp he worked at had a simulation room in which they had a weighted device. The device provided a relaxing and calming sensation for users but was very small, and uncomfortable. That is when he decided to bring a premium version to the masses. He then took the next step by partnering with Co-founder Aaron Spivak to make a new and improved version that everybody could benefit from. 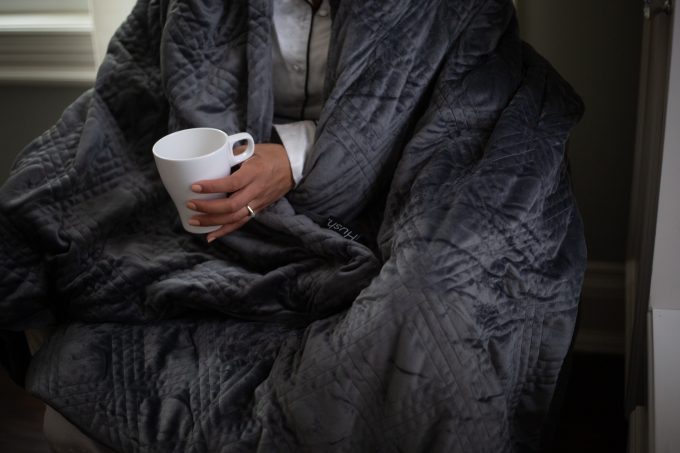 Hush has grown very quickly in its first 2 years. Using the feedback from customers, Hush has improved and catered their blankets to deliver a one of a kind product.

Something Lior and Aaron decided to do since day one was launch their GiveBack Program. They made a commitment to donate 1 in 5 kids blankets sold and 1 in 10 adult blankets sold to various charities and organizations similar to the one Lior volunteered at.

The Hush weighted blankets were created to help people suffering from sleep anxiety, ADHD, OCD, Sensory Processing Disorders, Anxiety, Stress, Insomnia, and many more traditional issues with falling asleep. The reason our blanket is proven to help people who experience these obstacles is the science behind DTPS or Deep Touch Pressure Stimulation. DTPS helps people fall into a deeper sleep faster, stay asleep longer, and wake up incredibly refreshed. DTPS reduces cortisol, also known as “The stress hormone,” while releasing serotonin “the happy hormone,” and melatonin “the sleep hormone.”

As featured in Dragon’s Den, Toronto Star, and Sleepopolis, Hush Blankets is revolutionizing the way you sleep and is helping families around the world get a better sleep at night.

WIN: 24/7 Moms and Hush are giving away a 15lb Classic Queen Blanket.


US entries only and one entry per person. Winner will be chosen on December 14, 2019.

Disclaimer: I have teamed up with Hush support of this campaign. We received compensation for participation in this campaign. However, all thoughts and opinions are my own.