Hold on to your history textbooks, you’re in for a wild ride! No really, hold on to them for future reference because history is about to get a little twisted up in Time Twisters, a new history/comedy mash-up series for kids ages 7-10 by Steve Sheinkin with hilarious comics by Neil Swaab. WARNING: DO NOT BELIEVE THE STORY YOU’RE ABOUT TO READ. Well, you can believe some of it. There is some real American history. But also hijinks. Time travel. And famous figures setting off on adventures that definitely never happened—til now. 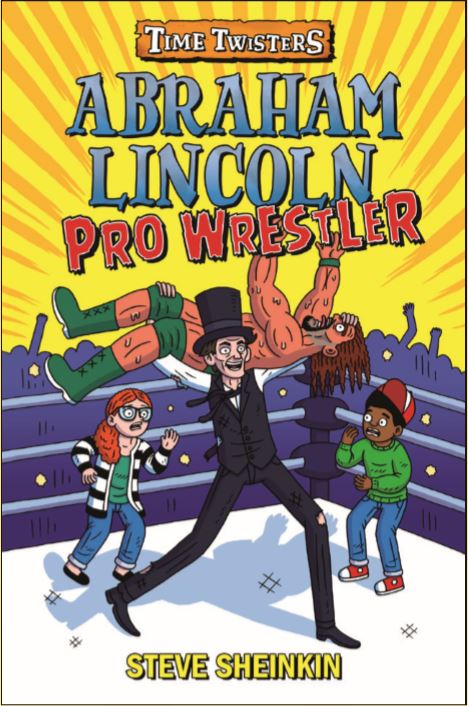 When Abraham Lincoln overhears a classroom of kids say “history is boring,” he decides to teach them a lesson. Lincoln escapes from 1860―to pursue his dream of becoming a professional wrestler! Now, siblings, Doc and Abby have to convince Lincoln to go back to Springfield, Illinois, and accept the presidency . . . before everything spins out of control! 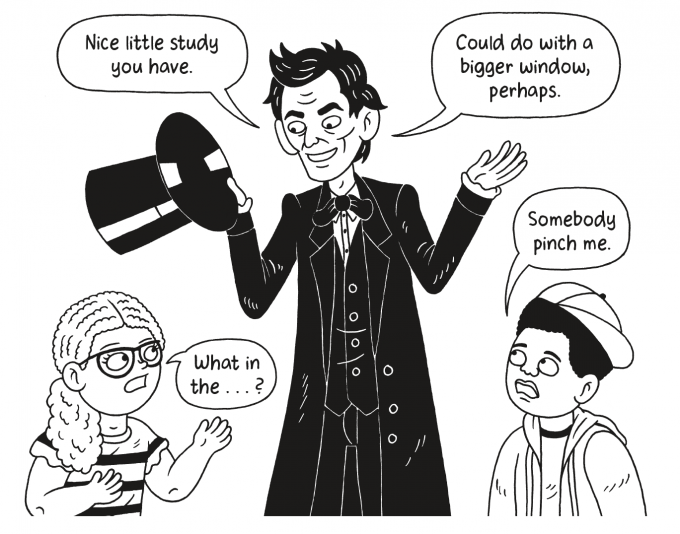 When Abigail Adams decides there’s more to life than doing chores in the White House, she joins a crew of Caribbean pirates! Can siblings Abby and Doc set history straight? Or will they be the ones who need to be rescued? 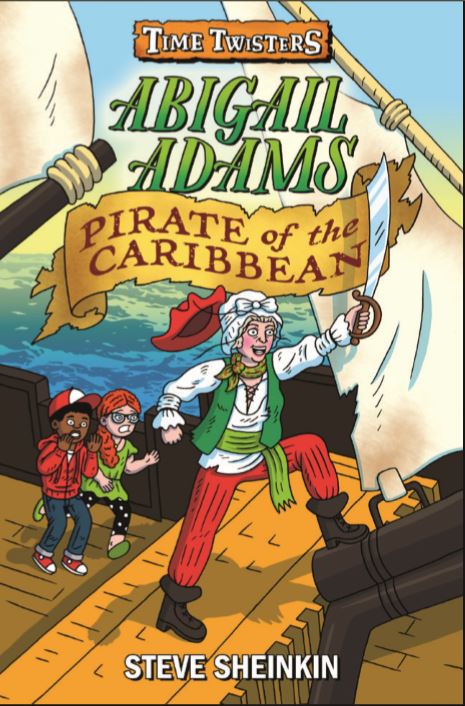 Time Twisters is getting rave reviews, but it might be more appropriate in this case to let the author explain himself:

Dear Reader,
First, a confession. I used to write history textbooks. Sorry.
I’m making amends with Time Twisters. This new series is a history/comedy mash-up—famous figures escape from boring textbooks and set off on adventures that definitely never happened, illustrated with hilarious comics by Neil Swaab.
In Abraham Lincoln, Pro Wrestler, Abe travels to the present to pursue a secret dream. In Abigail Adams, Pirate of the Caribbean, the first lady gets tired of doing laundry in the White House and joins a crew of Caribbean pirates. Abby and Doc, two kids who thought they didn’t like history, join the fun and try to set things right.
Upcoming volumes will feature cowboys on the moon and Amelia Earhart at the ancient Olympics. And each book ends with an “Un-twisting History” chapter, where I point out all the true stuff you actually just learned.
Steve Sheinkin 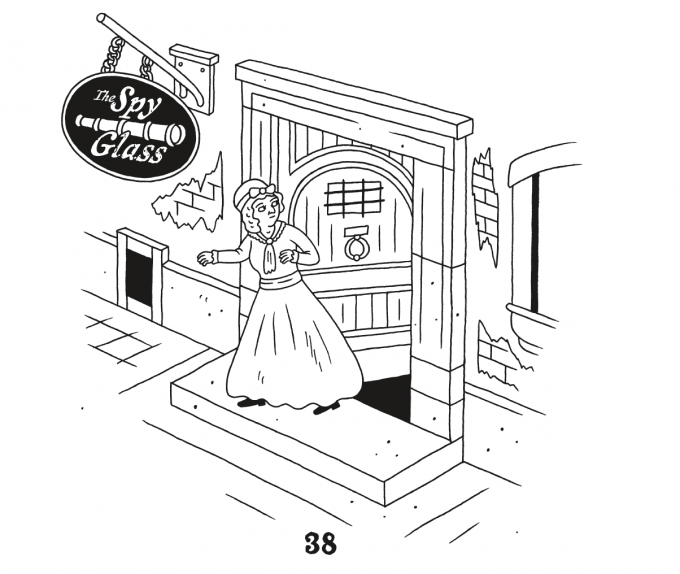 For more on the Time Twisters, visit the publisher’s website: http://us.macmillan.com/series/timetwisters

WIN: 24/7 Moms and Steve Sheinkin are giving away a Time Twister novel for young readers.


Enter for a chance to win using the Rafflecopter entry form below. For every entry you do it’s an extra entry to win.

Disclaimer: I have teamed up with Steve Sheinkin in support of this campaign. We received compensation for participation in this campaign. However, all thoughts and opinions are my own.