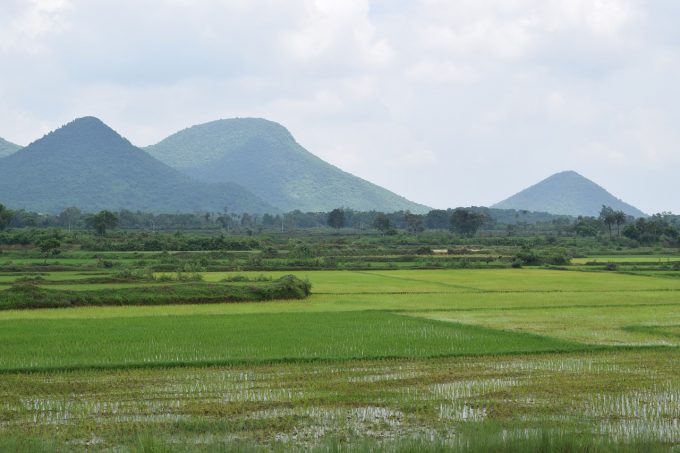 Puri is a beach city with its most famous attraction as the Jagannath Temple. It can also be called as the spiritual capital of Orissa. Hindu pilgrims, holidaymakers and foreign travelers all make their way to Puri for their vacation to experience the serene beauty and natural calm of the place. It is one of the holiest pilgrimage places in India and holds special importance for its annual event known as the Jagannath Yatra or The Chariot Festival. It is held in the months of June and July every year and the procession involves moving deities Jagannath, Balabhadra, Subhadra and Sudarshana on Ratha.

Jagannatha is regarded as the supreme god and the sovereign monarch of the Odishan empire and the world famous Jagannath Temple is one of the Char Dham sites in India. The holy sight of Lord Jagannath, accompanied by Subhadra and Balabhadra raises loads of joy among the devotees. The two gods and the goddess of the temple are ornamented in accordance with the occasion and seasonal change.  You can book Puri Hotels online near Jagannath Temple to stay close to the vicinity.

It is located on the shore of the Bay of Bengal. It is known for being a tourist attraction and a Hindu sacred place. The beach is the site of the annual Puri Beach Festival, which is co-sponsored by the Indian Ministry of Tourism, the city of Odisha, the Development Commissioner of Handicrafts, and the Eastern Zonal Cultural Center, Kolkata. The beach hosts sand art displays, including work by international award winning local sand artist Sudarshan Pattnaik.

A symbol of India’s heritage, Konark Sun Temple is situated in the eastern state of Odisha, India and is one of the eminent tourist attractions. Konark houses a massive temple dedicated to the Sun God. It was built in the middle of 13th century and is a massive conception of artistic magnificence and engineering dexterity.

Chilka is situated in the east cost of India, covering the part of Puri, Khurda and Gunjam district of Orissa. Formed due to a split from the Bay of Bengal, the existence of Chilika Lake has been recorded from ancient times. It’s known for its boat ride, bird-watching, Island hopping and Dolphin spotting.

An impressive array of bird life, both native and migrant, makes Chilika one of the best places in India for a bit of satisfying bird-watching. White-bellied sea-eagles, graylag geese, purple moorhen, jacana, herons and flamingos are among the many species which make the lake a bird-watchers delight.

Known as the Garden House of Jagannath, the Gundicha temple stands in the centre of a beautiful garden, surrounded by compound walls on all sides. With some of the best 5-star hotels in Puri, tourists can stay in comfort and complete their pilgrimage.

Mostly people who are going for Konark Temple halt on this beach as this is a less-crowded peaceful destination.

Swargdwar beach is known to be the bathing area of Sri Chaitanyadev, a well-known sage of the Vaishnava cult. It is believed that he attained the state of Lord Brahma due to his divine soul.

This medieval temple dedicated to Lord Gopinath located in the town of Sakhigopal. It is built in the Kalinga style of temple architecture.

Magnificent sunsets and sunrise keep you mesmerized at this sparkling beach