So your child has a birthday coming up. Most children like to have birthday parties, especially when they’re younger. As a parent, this can be a pretty daunting task. Not only do you have to think up something to do, but then you have to organise it as well. This can leave you a little stuck for ideas. It’s been quite a while since you were a child, how would you know what a kid today would want to do for their birthday party?

The good news is that it doesn’t have to be all that complicated. Kids like to have fun, period. Just so long as you aren’t subscribing them to a boring adult definition of ‘fun’ you should be fine.

A mainstay of parties for children and teenagers alike in the 90s. Laser tag is still popular today. Running around in the dark holding a plastic weapon with a flashing light on your chest has never been so fun. It employs some physical activity too, so you won’t have to deal with a gang of unruly and restless children by the end of it.

Laser tag also uses some level of strategy too. In some ways, you could even say this is an educational trip because of it. Of course, the adults may need to help with some coordination and battle plans. It’s a good all-round party that’s fun for everybody.

Most people enjoy any old excuse to get into fancy dress. Fancy dress doesn’t have just to be a mishmash of people in random costumes either; you can specify a theme to help the children and other parents easily find a costume to wear.

A good theme would be superheroes for instance. It saves going through the almost endless choice at costume shops.

This depends highly on whether your local cinema facilitates children’s parties or not. While you can take a small group of around three or four children to the cinema if you want to take around ten or more you’re likely going to have to rent out the screen.

There’s also no guarantee that any suitable films will be showing. While kids films are out fairly regularly in the cinema, the trip may fall into one of the very few blank spots where there just isn’t anything age-appropriate.

There’s also the chance that the film itself may not be any good. That can be tolerable as an adult, but if a whole cinema full of children dislike the film, you may have trouble on your hands.

If you get lucky, there will be a film both children and adults alike can enjoy.

This one can get a little expensive. While some theme parks do group passes, any great number of children will cost a significant amount. That said, theme parks can be exhilarating. It’s important that your child wants to go though. Some children aren’t really into rides or roller coasters, and taking them to a theme park might be a waste.

If they do enjoy rides and rollercoasters though, they’re going to have a great time. It’s advised some other parents come with you to the theme park though. Handling a group of children yourself can be difficult. You want to avoid them wandering off too. Provided you’ve got the appropriate backup, you should be fine.

This is fairly risky. If your child is young enough not to have developed any musical taste, this will go fine. If they have, however, you’re going to need to ask them to put together a set list of favorite songs. You don’t want to be the uncool parent who hires a cheap and cheesy disco DJ to play a set more for the parents than the kids.

You need to hire a space first of all. A church hall or community centre will usually rent out their space for parties such as this. If you’ve got a few nearby, see which one has the nicest facilities or at least works out the cheapest.

Next, you need to hire the DJ. Not just any DJ will suffice, you need a DJ that expressly says they do children’s parties. You don’t want to hire accidentally someone who goes a drum and bass set at raves.

Much like the disco, you’d have to rent out a space to hold the party.

Magicians are a great idea for children’s parties. Just so long as they aren’t old enough to know how the trick is done, that is. Children’s party magicians aren’t going to be performing anything drastically amazing, but they’re still quite entertaining. There’s almost guaranteed to be an actual rabbit coming out of a hat.

The Zoo Or A Farm

On the subject of animals, a trip to the zoo is another great choice. Provided it’s a nice day and the animals are out of course. Children are enthralled by exotic animals they’ve only seen on television. Getting a good look at them up close is a real treat for all the family.

If you don’t live near a zoo, you could try a farm visit instead. There won’t be any lions or tigers, but the children won’t care. They can get a lot more up close and personal with the animals at a farm too, especially if they have a petting zoo.

If you can’t afford much of a party or just want to do something more intimate this year, you could always just have a nice meal and a slice of cake. Of course, you need to make sure this is okay with your child. If money is the issue, try to explain why you can’t do anything more extravagant. Hopefully, they’ll understand.

If money isn’t the issue, you have to be certain your child wants to do something quieter this year. Some children are solitary like that. They prefer their own company, or at least the company of their family at least. 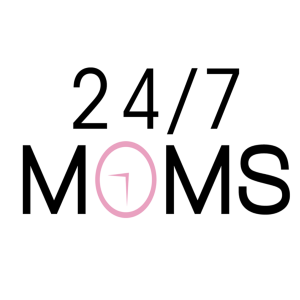