Is Your Child a Confident Risk-Taker?

I’ll never forget the day I assembled a brand new basketball hoop for our son Michael on his fifth birthday. He was already a good dribbler and I knew he’d love shooting baskets even more. To my chagrin he responded with, “I don’t want to! Let’s go ride bikes!”

After about ten minutes of give and take he relented. But when I gave him the basketball, he refused to shoot despite my repeated words of encouragement. Why? “I might miss,” he stated begrudgingly.

Eventually, Michael gave in and, predictably, missed his first three attempts (giving me a glaring stare each time). But, once he made the fourth shot, he was hooked! Come to think of it, we never did ride bikes that day.

There’s a lesson in this story for all of us: Be willing to take risks…and be sure your kids are, too.

A young person’s ability to make good decisions starts with learning to step out boldly—even if they might underachieve or fail. Granted, when they’re older, the risks can seem higher than in a backyard basketball game. However, so are the stakes! That’s why they need to overcome their fears and hesitation when they’re young.

Years later, I had a similar experience with Michael, only this time it involved his college admissions process. After all the preliminary screening, he narrowed his search to four candidates. There was one other desirable university fitting the criteria that he excluded because his GPA and SAT scores were a little light. I kept encouraging him to consider this school but each time Michael gave the same objection—“I have no chance.”

Finally, I offered to take him there on a visit, just to check it out, and gladly, he was up for it. Turns out, Michael met with a professor in his major who was so impressed that she wrote a letter of recommendation to the admissions department the next day! Five months later, he received an acceptance letter that began with “Congratulations.” This story had a happy ending because Michael overcame his fear of failure to achieve a goal. It paid off—and now he’s a confident risk taker.

Do you encourage your children to take risks, even if they might fail? Or are you inclined to play it safe, teaching them to do the same? Sadly, the end result of the latter can be missing out on many of life’s exciting adventures and opportunities, or failing to discover latent skills and talents.

We set our children up for success when we encourage them to step out and take risks, and offer our unconditional love and unwavering belief in them if they do fail. When we teach them to be confident risk takers, we help strengthen their inner resolve, their self-confidence, and their ability to make good decisions—with positive, life-altering results! 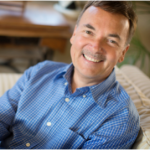 Dennis Trittin is the author of What I Wish I Knew at 18: Life Lessons for the Road Ahead and Parenting for the Launch: Raising Teens to Succeed in the Real World. Through his books, blog, and nationwide speaking engagements, Dennis prepares students for life success and equips parents and educators in their vital training role. You can find him here on Facebook.