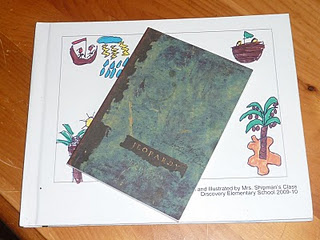 This post is inspired by Everyartist Live!, a national, collaborative art event with the goal of engaging a million elementary school children on November 21, 2013 – the largest art event in history. Want to get involved? Join us in our efforts to show that #CreativityMatters. Sign up at http://everyartist.me.

I’m partnering up with Everyartist.me to help promote their November 21st, Everyartist Live! event, which is “A national, collaborative art event to engage a million elementary school children – the largest art event in history.” One of the reasons I’ve decided to partner up with Everyartist.me is because they value fostering creativity in kids through Moms, Dads and Teachers.

The story of Everyartist.me begins with Brendan O’Connell (one of the founders), who’s story is told on the website:

Brendan is a professional artist, who earns his living by selling paintings. Like many people, as a child he didn’t think he was an artist because he didn’t know how to draw. But at twenty-two, he taught himself to draw and became a street artist in Paris. He believes ANYONE can learn how to draw and everyone SHOULD. He believes making art is a skill as useful for the future as math or reading.

So after thinking for a little while about my belief in providing time and space for creativity for my own children, I remembered a cute and telling situation between my oldest (now twenty-four years old) and my youngest (now eleven years old). One day, while my oldest was home from college, I could overhear him playfully talking to my youngest. Apparently they were comparing their trophies, talking about the awards they’ve received and so on. My oldest was clearly enjoying convincing his little brother into thinking that he had many more trophies and had accomplished much more in his lifetime. But my youngest seemed to keep coming up with something to compare. At one point, my oldest said “Yeah, well, I’ve got a poem published in a book. In fact, I have two poems published in a book and I can show you them right now”. A moment of silence. And then my youngest responds, as if it’s no big deal, “yeah, I’ve got a poem published in a book too”. From the other room, I think I was as surprised to hear this as my oldest, when he laughed and said “yeah, right. Show me”. And then I remembered, about a year before, when the youngest was in third grade, his teacher spent a week teaching the kids about poetry. The final day included writing their own poems and putting them together to send to a self-publishing company.

My youngest proceeded to pull out his book while my oldest dug up his and they exchanged. The most exciting part for me, as a Mom listening from the other room, was when the oldest suggested they read each other’s poems out loud. After each read, it turned into a small discussion about the poems. It was a seriously heart-warming Mommy moment to listen as two of my sons (more than a decade apart!) entered an arena of equal ground, where their accomplishments in sports or school or clubs no longer mattered. Where, instead, they began to talk about each other’s thoughts and interests.

And this is just one of the many reasons why #CreativityMatters and why I’m choosing to join up with Everyartist.me to spread the news that Everyartist Live! will take place November 21st. What’s going to happen on November 21st? And why am I telling you about it so early? Well, they’re campaigning to find and connect with ArtChampions (Parents and Teachers and so on) who might be willing to start up an event for November 21st to make history by engaging one million elementary school children in art. If you go their website at www.everyartist.me you can sign up to receive news and information from them regarding about how you can be an active force in creating creativity that matters for your child.

Trisha Novotny is passionate about keeping it simple as she makes every moment count along the mom journey. Currently surviving five kids from elementary to college, Trisha understands the life and needs of a MOM which inspired her to create the 24/7 MOMS website, community and webcast. Trisha and her husband, Steve, reside in Gig Harbor, Washington with their five children. Connect with Trisha at trisha@247moms.com