Save Water, Save Money: Go Green in the Bathroom 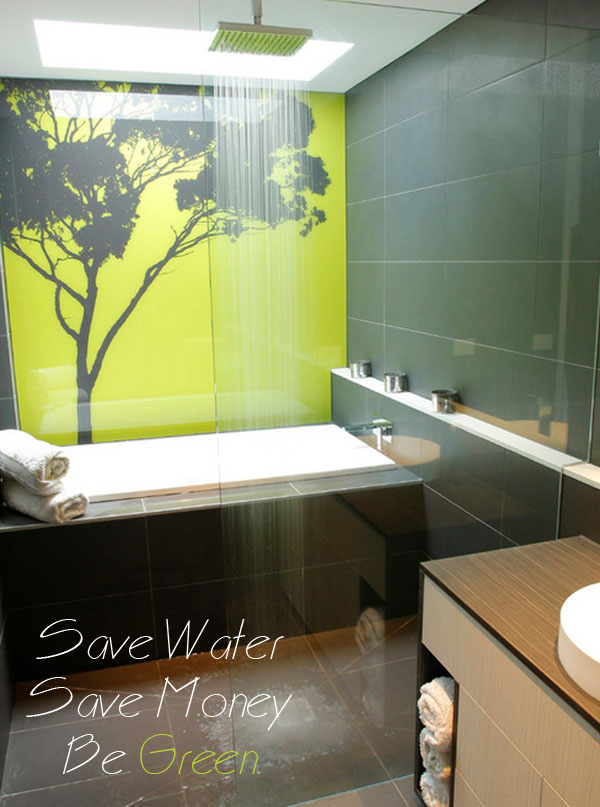 Let’s be honest, our utility bills aren’t coming down anytime soon, and with every passing day we’re reminded of the need to use water more efficiently – both to save money, and to save the planet’s precious resources. Much of our home water usage takes place in the bathroom, so it’s important that our bathroom suites help us to reduce our water consumption. And as none of us want to suffer unnecessarily, it’s important that these water saving devices are a pleasure to use, too.

Number one: Tailor your toilet flush 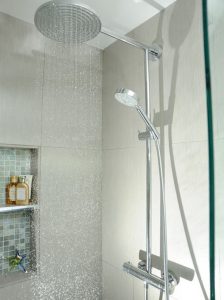 Flushing, flushing, flushing. Our toilets consume massive amounts of water every day, and it’s hard to see how you can cut back on flushing the WC without stinking out your bathroom – not nice! Modern toilets are designed with eco issues in mind, and use far less water per flush than toilets of old; they also tend to have a choice of long or short flush so you can vary the water used in each flush according to need. But simply filling a plastic bottle with water and a few pebbles for weight then popping it into your toilet cistern will significantly improve the water consumption of an old, single flush toilet.

Not only does an aerating shower head reduce the amount of water consumed each time you take a shower, it delivers a bubbly stream of water that can feel pretty luxurious too. If you’re buying a new shower system, make sure that the one you choose has been designed to save water. If you’re not thinking of replacing your shower just yet, you can look at retrofitting a simple water aerator to your existing shower head.

Number three: Stop while you soap up

If you regularly step back from the stream of water in your shower to lather shampoo into your hair, then duck back under to rinse, maybe a ‘water pause’ function is for you. Available as standard in some new showers, a simple lever can also be retrofitted to existing showers allowing you to pause and save your full flow of hot water while you’re not using it, then restore it, just as hot and powerful, as soon as you’re ready. You’ll be surprised how much water can be saved this way over the course of a year. 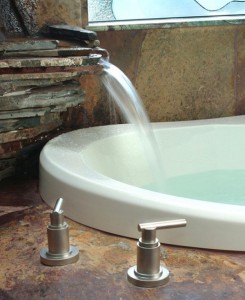 If you like the sound of an aerating shower head, you’ll love the sensation of aerated basin taps – a rich stream of bubbly water literally at your fingertips. Aerating the flow of water from a basin tap saves water, adds luxury, and is possible with just about any tap, new or old.

Number five: Look out for leaks

Cut down on water wastage by regularly checking your bathroom pipework for leaks and stopping dripping basin and bath taps in their tracks. It’s not glamorous, but it works.

Helen Davies is a freelance writer for Better Bathrooms,