9 Ways to Save at the Ballpark This Spring 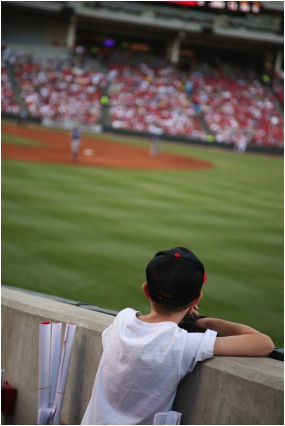 As Bill Veeck famously said, “There are only two seasons — winter and baseball.” With Opening Day just a few weeks away, some are eagerly anticipating another great year while others are hoping to erase last season’s embarrassment.

The ballpark isn’t just for the diehards with their scorecards and binoculars, however. It’s also a great place to have some spring fun with the family. Whether you’re taking your kids to their first game or you find yourself in the seats each week, use these tips to save money at the stadium.

With 162 games in the Major League Baseball season, teams have to find ways to fill the seats day after day. Many games are tied to special promotions such as $1 hot dogs or unlimited soda refills. When you consider the average stadium hot dog price hovers around $4, you’re going to save $12 feeding a family of four on the right night.

2. Wait Until the Last Minute

Scalping is sometimes associated with seediness, but most of the time it’s an easy way to get tickets for cheap. Most people selling them on the street are legit. Plus, you don’t have to bother with ridiculous fees and “convenience” charges. If being there for batting practice and the national anthem isn’t important, wait until after the first pitch and scalper’s ticket prices will plummet. Resale laws vary by state, so be sure you know the regulations before you buy.

Ballparks are trying to enhance their reputation as family-friendly environments, and this means most teams offer family packs for select games. These promotions usually include tickets, food, drinks and souvenirs at a flat-rate that’s well below the cost of buying everything individually. Some teams such as the Washington Nationals even allow young fans ages 4-12 to run the big-league bases after Sunday home games.

Now that baseball is just around the corner, are you starting to wish those trousers you got for Christmas would turn into tickets? While it doesn’t offer much assistance with your khaki situation, GiftCardGranny.com allows you to sell gift cards for cash online. It’s an easy way to pick up free spending money for the season, and you can still honestly tell your aunt you loved receiving her gift card for Gap.

5. Don’t Buy at the Box Office

Buying your tickets directly from the box office is the surest way to pay too much. Not only will you rack up extra fees and taxes, the prices are set in stone. Instead, use ticket resale sites such as StubHub to find much cheaper prices. In an open market, prices fluctuate based on demand, allowing you to score great deals on tickets for less-coveted matchups.

At most ballparks there’s no need for smuggling in snacks like you do at the movies. In fact, soft-sided coolers are encouraged. You can save serious money by bringing your own soda, snacks and sandwiches. If you’re only after the standard peanuts and Cracker Jacks, buy them from a vendor outside the stadium for around half of what you’d pay inside the park.

With only 30 Major League Baseball teams — many of which are in the same state — lots of fans have to look elsewhere for an authentic sporting experience. Luckily, each big-league club has several minor-league teams scattered throughout the country from Pawtucket to Tacoma. Not only are minor league games less expensive, they’re notorious for wacky promotions.

If there’s one thing that puts a damper on a day at the ballpark, it’s driving. In addition to dealing with the chaotic congestion, a single space can cost more than a ticket. Save yourself some of the expense by parking several blocks from the stadium and walking in. Also consider low-cost public transit options to eliminate the hassle of driving entirely.

In 2012, nearly 75 million fans attended Major League Baseball games. With that many tickets floating around, it’s easier to find freebies than you might think. Tickets are regularly offered as a promotional tool to get shoppers to test drive a car or rent a storage locker. In some cases you can even redeem credit card reward points toward baseball tickets and team merchandise.

Andrea Woroch is a nationally-recognized consumer and money-saving expert who helps consumers live on less without radically changing their lifestyles. From smart spending tips to personal finance advice, Andrea transforms everyday consumers into savvy shoppers. She has been featured among top news outlets such as Good Morning America, NBC’s Today, MSNBC, New York Times, Kiplinger Personal Finance, CNNMoney and many more. You can follow her on Twitter for daily savings advice and tips.