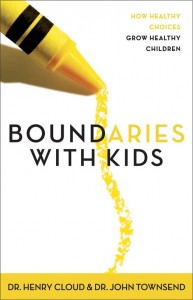 Sometimes I feel like a two liter bottle of soda, that’s been shaken – not stirred, that eagerly waits for the one small counter-clockwise turn, to blow.

When my kids fight, this is how I often feel…like I’m going to blow and spray words out from utter frustration.

And, in my honest attempt to keep the peace, I don my whistle and referee shirt and tell the opposing teams to take their sides. I referee the argument with fervor, trying to make sure both sides get fair playing (talking) time. My head ping pongs back and forth and by the end of it I’m shaken so much that I want to blow.

Until, I read Boundaries with Kids by Dr. Henry Cloud and Dr. John Townsend. One of the good doctors, wrote that he advised his two sons to work out their disagreement and let him know how it went.

I no sooner learned this tactic when the “opportunity” arrived to implement to see if it has merit. As my boys argued, I thought about the idea of leading them to work it out on their own. No really, I did think about it. But the control freak in me took over and I refereed anyway. When the thirty minutes, which felt more like thirty y-e-a-r-s, passed, I promised myself…next time (cause I was confident there’d be a next time…) I’m buttin’ outta their beef.

Sure enough, the time came. I sat on my striped shirt and calmly stated, “Boys go into the next room, talk it out and let me know how it goes.”

I watched with sweaty palms from the adjacent room, certain they’d need Momma and her whistle. The oddest thing happened. Within three minutes, they aired their grievances, asked for an apology, granted forgiveness, started crying and hugged it out. There just might be something to this butting outta their beefs business.

What’s a tip that’s worked (or not) in your home while navigating through sibling arguments?