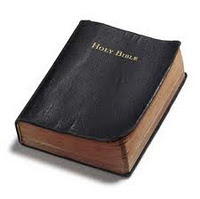 www.encouragedinheart.org
“You’re here just for familyhistory reasons?” the white-cloaked technician inquired.
“Well, for that and a follow-upbecause I had a biopsy two years ago…it was a benign cyst,” I stoicallyreplied.
“Okay…follow me to the changingarea.”
As I secured my possessions andleft “the gown open in front,” my emotions began to rev up.  Lord, why AM I  so spunup right now? It’s just a simple test! Help me, Lord, for I want to chew thistechnician’s head off and I don’t know why.
I abandoned the spa-likedressing room only to enter the un-spa-like medical cave complete with asee-through glass window.  As thetechnician positioned the IV needle into my arm, I couldn’t shake the “familyhistory” question.  I hate thatquestion, hate it.  I feel moreexposed telling this technician about Mom and Grandma’s deaths than in thishorrid gown.
“Lie face down and put yourbreasts through the cut-outs.  Thetest will take about 20 minutes. Lie still.”  She then stuffedearplugs into my ears and exited the cave to observe me from the adjoiningroom.  How humiliating.
I lay still on the board as itcrept snail-like backward into the sterile white cylinder.  As the obnoxiously loud and randombeeps ping ponged around me, this tough girl did the unthinkable: I started tocry.  What is going on…get yourself together!
Since I rarely run in idlemode, God used this time to have me come face-to-face with my “familyhistory.”  Never before did Icorrelate the anger and fear that periodically surged at the most random times,like with an innocent technician who was just doing her job.  The mascara-mixed puddle of tears thatcollected on the floor below me had everything to do with “family history.”
Sure, it’s not typical for a34-year-old woman to get a breast MRI. Even less typical, was a young girl who watched her mother die a slow,long, painful death at the consuming hand of breast cancer.  I was the only eighth-grade graduatewhose mother cheered from a wheelchair with a reflective head and scars thatmimicked a war veteran.  That wasmy last milestone with Mom on earth. I miss you so much Mom…
The free-flowing fountain oftears cleared my vision and for the first time, I saw the real origin.  Every club I joined was my choice withthe exception of the Family History Club. And because of who I knew, I am non-consensually granted Lifetime Memberstatus.  This club doesn’t have aspecial handshake or a funky-tasseled, elk-horned hat.  No, this membership involves medicalproviders who raise their eyebrows whenever the “family history” questionsarise, periodic pity parties, and of course, extracurricular inspections.
As a child, I had fears whichhave since been resolved.  I am nolonger afraid that the “Jaws” shark might suddenly appear in my bath, nor thatthe “Planet of the Apes” cast will ravage my home.  As a woman, I lived through the 1999 F-5 tornado thatdevastated Moore, Oklahoma, and the tragic 9-11 Pentagon plane crash.  While both those experiences weren’tpleasant, they didn’t scare me. Honestly, few things scared me before I had children. Now that I am amother, I have this new found fear of leaving my precious children motherless.
It wasn’t until months afterthat MRI cry-fest that I received closure to the questions that had plucked myheartstrings since I was 13.  Howdid Mom face breast cancer, surgery and treatments? How did she face a failedremission, knowing that she was going to leave behind a husband and four girlswho depended on her?
The Holy Spirit reminded me ofthe most precious gift my dad ever gave me, my mom’s Bible.  Her Bible and faith were messy andreal.  The underlined scriptures,grocery lists and scribble-filled sermon notes that littered her King JamesVersion tell me the answers. The only way she faced the reality of herdiagnosis was with courage and faith. Not faith in herself, but faith in her God.
In the third chapter of Daniel,the Bible tells the story of three men who refused to bow down and worship afalse idol.  An angry KingNebuchadnezzar placed them in a fiery furnace to die.  However, the Bible says there were four inside the fieryfurnace.  Doing a head count,Shadrach, Meshach and Abednego make three.  But they were not alone.  God was there. With them.  In thefire.
Their refusal to worship afalse idol required faith and courage. As I thought about their example, God showed me I worshipped my fearmore than I worshipped Him.  Andwithout faith it’s impossible to please God (Hebrews 11:6).
My mother gave me a front rowseat to what real faith and courage look like.  Since that reality check, I have refused to bow down to thefear of an “if.” I trust that if the day should ever come that I too amdiagnosed with breast cancer, God will continue to be with me.  He promises, “Never will I leave you; never will I forsake you” (Hebrews 13:5).
While I did not choose myFamily History Club membership, I have changed my response to it by choosingfaith over fear.
*(Previouslypublished by Proverbs 31 Ministries, in P31 WomanMagazine, October 2010)

Steph’swriting has appeared in Proverbs 31 Ministry, P31 Woman magazine.  Inher free time she can be found encouraging numerous MOPS group in thenorthern Virginia area on the “Colorful Art of Friendship – AllowingGod to Paint the Masterpieces” and MOPS leaders on “Being a BrightLight”.

Steph can be found blogging at www.encouragedinheart.org or on Facebook at Stephanie Fink or on her Facebook page Encouraged in Heart – Stephanie Fink.  She loves big hair, big cups of coffee and big bear hugs.