Whether its for a birthday, family reunion, hanging out with their friends, camping…  you need to keep your kids entertained during the summer time and try to keep them outside with outdoor Party Games for kids.  The weather is nice they should’nt be inside watching tv or playing video game… they should be enjoying the sunshine and having fun!

Here are some ideas that you can use to keep your kids busy and giggling at the same time!  🙂

1) Balloon Stomp:
Balloons
String
Let the kids blow up their own balloons and tie one to their ankle with string. At the ‘Go’ signal, everyone runs around trying to stomp on and bust each others balloons. The last person with an intact balloon wins.

Great for a small group of children. Play music to make it more fun. At the ‘Go’ signal, players begin ‘hula hooping’ as long as they can. If the hula hoop drops or players touch it with their hands, they’re out!

3) Treasure Hunt:
Candy
Small Toys
Try this at the beginning of the party. Hide lollies, badges or small toys in the party for the children to find. Adapt the treasure to your theme. Keep in mind that small children become disappointed quickly. Keep a few spare treasures in your pocket, so everyone will find something.

4) Money Dig Party Game:
Money
Sandbox
Hide pennies, nickels, dimes and quarters in the sand box. Empty out all of the sand toys first. Give kids one minute to dig through the sand and find as much money as they can. For some messy fun, instead of sand, you could also hide the coins in a large container filled with Jell-O.

If you have lots of trees in your back yard hide small green army men for kids to find. Give them two minutes to find as many as possible. Make sure they are on the ground, under leaves and hanging from branches. Whoever finds the most wins a prize, plus all the kids can keep the army men they find.

Form two teams and set the boundaries of the race. At the ‘Go’ signal, the first two players race to the goal and back, jumping rope. The next player goes, and so on, until the winning team is declared.

Bouncy Ball
Have players form a circle. Give one player a rubber ball. That player selects a category, such as “candy bars.” He or she then bounces the ball to another player in the circle, who must catch the ball, state an item from the category, such as “Snickers,” and keep the ball moving to the next player. If the player can’t name an item, holds the ball too long, or repeats an item, he or she is out.

8) Obstacle Course:
Obstacles
Set up an age-appropriate course full of fun activities, such as crawling between patio chairs, leaping over cones, climbing over a swing set, jumping rope five times or running around the grill three times.

9) Loads of Giggles:
Children
This would prove to be a noisy outdoor party game for kids. Make the children stand in a circle. They should not move until you toss a handkerchief in the air. Once the handkerchief is in the air, the children are allowed to laugh or giggle. The moment it touches the ground, the kids need to stop giggling! Anyone caught giggling has to leave the circle!

10) Keep Your Bottle:
2 Plastic Bottles
Small Plastic Cups
Divide the players into two teams. Choose a good sport (perhaps a parent) to sit, cross-legged, with an empty plastic bottle on their head.
Line up the rest of the team and give the first in line a small plastic cup. Fill up a few large buckets with warmish water and place them between the team members and the good sport.
At the signal, the first team member runs to fill up their cup and then pour it, quickly but carefully, into the plastic bottle. Either continue until one bottle is filled up, or call time and see who has collected the most water. Give the good sports a towel, and the winning team a prize!

Divide the company into two sides, an even number in each. Stretch a cord or rope at a medium height across the middle of the room. Two children, one from each side, play at a time. Each stands on his side, blows a bubble, and then gently encourages it by blowing toward the opposite side, and over the rope if he can. If it goes over the rope without breaking, a point is scored for that team. Make sure that someone keeps score, and declare a winner after a certain amount of time, or when each child has had one or two goes. 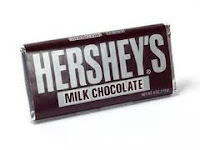 A wrapped bar of chocolate
A plate

A knife and fork
Some dressing-up items (at least a hat, scarf and gloves)
Two dice

Put the bar of chocolate on the plate with the knives and forks nearby and sit the children around it in a circle. Throw the pile of dressing up clothes into the circle. Give one child the dice.
Children take it in turns to roll the dice on the floor in front of them, passing them around the circle to their left. If a child rolls a double, they leap into the center of the circle, put on the dressing up clothes, and start to unwrap, then eat, the bar of chocolate – but only using the knife and fork. That child keeps going until another child rolls a double, at which point they much co-operate in handing over the dressing up clothes so that the next child gets a turn.
13) The Chopsticks Game:

Pair of Chopsticks
2 Bowls
Marbles
Smartees
Peanuts
Marshmallows
Each child will need a pair of chopsticks, and each child or team will need two bowls and a number of marbles, maltesers, smartees, peanuts or marshmallows.
Place the bowls about 6-8 feet apart, on tables or chairs. Put the objects in one of the bowls. When you call “start”, each child must pick up one of his objects, using only his chopsticks, and carry it to the empty bowl. He then returns for the next object, and so on until he has moved all his objects safely across and is the winner.
Hands must not be used at any time! If an object is dropped, it must be picked up and put back in the first bowl. You are only allowed to move one object at a time.
You can make this game easier by varying the objects. Marbles are hardest, marshmallows are easiest!
If you are playing with individual children, we suggest at least 10 objects to make the game last a decent time. For a team challenge, you might want only 3 or 4 objects, depending on the number of children in the team.