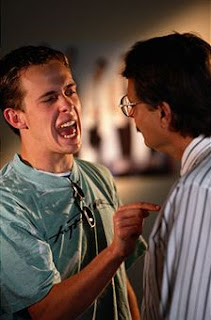 Sound familiar? Do squabbles with your teen begin like this or get sidetracked with these mistaken accusations? There are many reasons parents and teens argue but consider this; sometimes it’s because adolescents don’t “read” facial cues correctly. Often teens translate a parent’s worried or panic expression as anger or something else. Then they respond to that perceived emotion. Thus the vicious cycle of misunderstanding and miscommunication.

Deborah Yurgelun-Todd, director of neuropsychology and cognitive neuroimaging, McLean Hospital, Belmont, Massachusetts, suggests that the teen brain actually works differently than an adult’s when processing emotional information from external stimuli. In her landmark study mapping the differences between the brains of adults and teens, Dr. Todd put volunteers through a magnetic resonance imaging (MRI) machine and monitored how their brains responded to a series of pictures. The volunteers were asked to discern an emotion based on the facial expression in each picture. All adult volunteers correctly identified the emotions. However, many of the teenagers misread and misidentified the emotions based on facial expression. When Dr. Todd examined the brain scans, she discovered her teen volunteers even utilized a different part of their brain when looking at the faces. 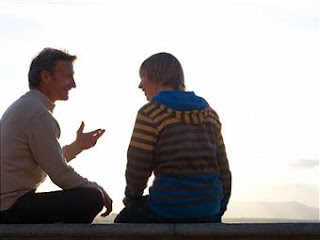 In terms of communication, adults can look at fearful faces and correctly identify them as such. But teens don’t see them the same way. This means your daughter probably reads your intended expressions differently than you and she’s responding based on her perception. Carol Maxym, Ph.D., author of Teens in Turmoil writes, “One of the most common problems that parents and teens experience is a gulf in understanding.”

When you sense the tension rising

• Talk in a quieter voice. Adolescents can easily misinterpret facial expression and rising volume as “being mad.” A lowered voice may help in accurately identifying your true emotion. With my daughters, I found that my hushed voice brought relief to an escalating situation.

• Teach teens. If you’re annoyed, say so and if you’re feeling panic identify that too. Naming your emotions will help teens learn about you and to identify their feelings too.

• Be there for them. Teens must know you’re always available to listen, support, and give advice but this doesn’t mean you’ll try to run their life.

• Have a sense of humor. Teens are like toddlers in big bodies. You don’t need to excuse their behavior but don’t expect them to act like adults . . . they are not.

Sometimes applying brain research to parenting can help us better communicate with our kids. Perhaps next time you confront your teen, part of the dialogue might go like this:

“Dad, why are you mad?”
“This isn’t anger, this is fear.”
“What are you afraid of?”
“Your safety. Because I love you, I worry about you. Love has many expressions.”

©Copyright 2005, rev. 2008, Brenda Nixon.
Brenda Nixon (www.BrendaNixon.com) is a writer, speaker and educator on child development and guidance. Her book, The Birth to Five Book on raising a child from birth to age five is available wherever books are sold.