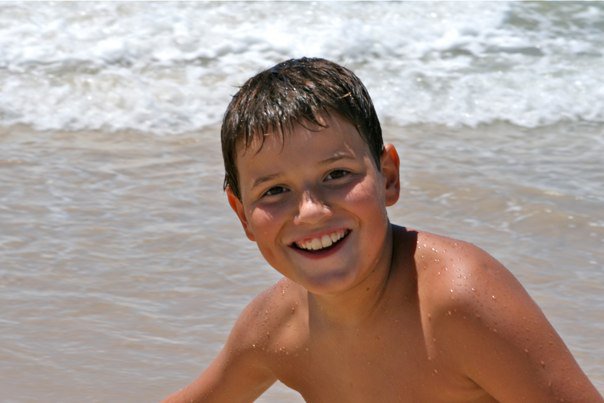 His eyes welled up, he bit his lip, I could see the disappointment on his face. For the last 3 weeks my son Caleb has arrived home daily from school telling us about an upcoming Birthday party he was going to attend. This birthday was not just any ones birthday party it was a classmate that Caleb values and calls his best friend.

Let me back up and tell you a bit about Caleb. He would be the child that other moms and even children might consider awkward, odd, disconnected or even uncool. To us he is PERFECT. No, I’m not in denial he is our puzzle child and we have spent many hours and dollars trying to figure out the pieces to our 9 year old puzzle. I have had to learn the definitions of words and acronyms such as Encephalopathy, IEP, NOS, dyssymbolia, bihemispheric dysfunction, EEG, and a slew of other words that I never desired to learn. I have days I think it would be easier to have had a child with a physical handicap so people could SEE why he is who he is.

Not only have I received the unwanted education of medical and other terms, I have also come to the realization that not everyone will accept, love and be as compassionate towards my puzzle as I am. Then there are those Mom emotions that I used to be able to control, until my puzzle arrived into my world and I had to witness my little boys eyes welling up and the biting of his lip. Today was one of those days.

Today, we were on a school field trip when Caleb received the news that he was not invited to the PARTY he had been anticipating for the past 3 weeks. You might be thinking yep and life is not fair. But to Caleb this party was HUGE.

So, how do you explain to a 9 year old little boy that life is not always fair even if your friend told you all about his upcoming party and that you would be invited only to discover the reality is that the Invitation will never arrive? How do you handle standing by watching your child experience rejection? Experience the feeling of being left out?

Now, before you start sending me your comments about how he needs to buck up and move on, it was just a birthday party. Let me remind you that this is a little boy who usually doesn’t even realize life is not always fair because he just basically does not get IT. He never noticed that the Boy Scout Master forgot to race his pine wood derby car, it does not phase him one bit to sit alone eating his lunch or walking the playground alone but TODAY that is not the case.  Today he got IT. He felt the pain of rejection, the pain of disappointment and being left out. And I realized today this is just the FIRST of many more days ahead of the invitation not arriving and Caleb getting IT.

So, what has this mom learned through her little puzzle?

– To be an advocate for Children who just don’t fit the mold. The puzzle children as I like to call them.

-To not judge a mom by her child’s melt down moments. Maybe he too is a puzzle and the mom is doing the best job she can.

-To remember to show compassion to EVERY child. God made every piece of their puzzle.

-That every journey in motherhood is different.  Be accepting of others and their journey.

– There are plenty of tears ahead with raising kids especially our puzzle children.