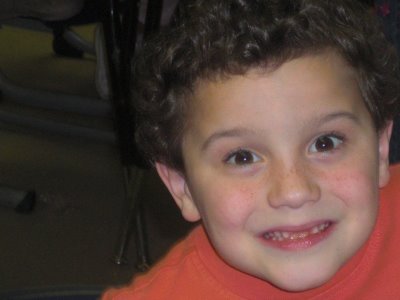 My youngest Child Nate-no is about to bankrupt the Tooth Fairy by of pulling his teeth out at the slightest wiggle, so that he can participate in the tradition of placing his tooth under his pillow and waking to find that the Tooth Fairy took his tooth and left behind cash as payment for his tooth. What kind of business has my child gotten into?

As soon as I hear Nate-no say “I got a loose tooth!” I can be assured it will soon appear on my desk waiting for him to place it under his pillow that night and hopefully the Tooth Fairy wont doze off before she retrieves her new tooth and pays her debt to this little guy.

This new business of Nate-no’s got me thinking are there other Tooth fairy traditions? What is to going rate that other Tooth Fairies are paying for these precious teeth?

So, First I asked our Facebook friends this question “ Trisha wonders how much the tooth fairy in your house pays for a tooth?”

We give them a 2 dollar bill for their first tooth and 2 bucks for each tooth after that…we have 4 kids, the tooth fairy would be broke with much more than that!

Becky Muehlenkamp Wilson at 2:19pm February 26
I have to say that my daughter has this tooth thing down to an art. After loosing her first tooth we gave her $5, well she then had to take her tooth to grandpa and grandmas she stayed the night there (with the tooth under the pillow of course) and that night the tooth fairy came there and left $10. So now of course every time she looses a tooth the fairy comes twice cuz she stays home the first night and the next night she stays with the grandparents…….But to all of you who are wondering yes she is an only child and the only grandchild. LOL

Bekah Olson at 3:09pm February 26
“Golden” Dollars ,ya know the Sacajawea coins, you just have to have them ahead of time, on a budget 50 cent pieces are good too

Tami Spencer Lindgren at 10:56pm February 26
I give too much, we were on vacation one time and I only had $10.00 and it was 12am when we realized we still needed to leave money under the pillow….I still get grief from that;) but I have managed to bring the price down. My daughter who is 10 lost a tooth right before christmas and she wanted some slippers (they were going to have PJ day at school and she knows who the tooth fairy is) so that night the tooth fairy left her slippers;)

One time I forgot to leave a buck for Luke…when he asked, I told him I forgot to call 1-800-ToothFairy. He bought it and it bought me another night to get it taken care of. When he got older, he asked about it again, and I told him they know when a kid is calling so don’t bother trying. 🙂

Janet Wolff at 9:43am February 27
Tooth Fairy pays a buck a tooth, but won’t go into a messy room. If the floor isn’t tidy, the tooth fairy might get hurt. Tooty fairy also fell down on the job at our house too and my daughter received a letter from her explaining that she had been out of the country and she was sorry about being late. She would be back real soon and leave a little extra. She was very excited to get a letter from her!
Oh, and once we don’t believe in the Tooth Fairy, the Tooth Fairy doesn’t come anymore – same with Santa and the like…

Then I Tweeted our Twitter followers what the tooth fairy in their house paid? here are a few of the great Tweets we received back:

@MomMostTraveled We do a silver dollar for novelty, but also a small gift like socks or action figures or fancy soap (depending on the child)!

@areason we pay $1 but it has fairy dust on it (i.e. painted with glitter fingernail polish) so no matter how much other kids get, dust wins

@tracey1616 the tooth fairy leaves $5 for the first tooth & $1 for every tooth after & and certif signed by toothy fairy.

@spaboutique My mom used to write TINY notes from the tooth fairy. I loved it, still have them

@MidwestMoms Our tooth fairy still gives $ that jingles – quarters! With the added bonus of a pack of sugarless gum. (Front teeth = silver $)

@amyd76 One dollar…in quarters. We have a tooth fairy pillow. 1st tooth was special…4 quarters and a gold dollar.

Next it was off to Google where I found some great FREEbies to celebrate the loss of a child’s tooth:
FREEbie Printable Certificates

FREEbie A letter Letter for older children from the Tooth Fairy

From the The Office of the Tooth Fairy .

The Official Tooth Fairy Kit contains one letterpress Certificate of Record for filing with your local Tooth Fairy and one reusable silk screened cloth deposit bag for your first and all subsequent transactions. The official certificate keeps record of name, age, tooth lost, method of extraction and compensation information even if you get a wisdom teeth removal.

24/7 MOMS and the Office of the Tooth Fairy are giving away One Official Tooth Fairy kit. To enter for your chance to win, enter your name and email address in the box below you will be signed up for today’s giveaway as well as be added to the 24/7 MOMS E-list (if you are not already a 24/7 MOMS subscriber).

What is does the Tooth Fairy pay in your home? Do you have a FUN Tooth Fairy tradition? Comment or email us at trisha@247moms.com