Preparing Kids For The Big Move

By Carolina Pichardo
published at www.relocation.com 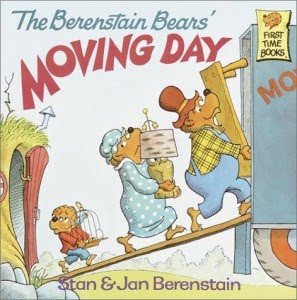 Although adults can deal with the stress and changes that come with moving into a new home, children will probably tell you a different story.

Their toys, furniture and clothes are missing. They’ve said goodbye to everything that’s familiar to them, including best friends, parks, school and the familiar surroundings of their neighborhood. Depending on the age of the child, this could all be a very frightening and stressful period.

One of the simplest, and probably easiest way to prepare and facilitate the transition for your child is to connect their moving day experiences through a story. This will not only change their perspective, but can answer several questions and allow them to relate to someone their own age who had a similar experience. Whether it’s a concern about making new friends, or what to do with the ones they’re leaving behind. Also, understanding that moving away doesn’t mean that they’ll have to change anything else about themselves.

Surely, there’s a lot that your child will like to talk about. So before the moving companies arrive, why not be ready to start your new adventures with the following books.

1. “Moving” by Fred Rogers (Ages 2-6): If it has to do with neighborhoods and friendly neighbors, Mr. Rogers has it covered. This book helps kids understand the process of moving and eases their worries and fears by showing them the bright side of everything that’s happening, from the confusion of packing, saying goodbye to the people and places they love, to making new friends.

2. “I Want to Go Home” by Sarah Roberts (Ages 3-5): “Sesame Street” is where the air is sweet and friendly neighbors meet, which is what Big Bird misses the most when he goes on a trip to the beach to visit Granny Bird. It seems that everything reminds him of his friends back home, until he meets a boy named, Wally. Wally has his own special cave, which reminds Big Bird of his friend back home, Mr. Snuffleupagus. After a while, Wally and Big Bird begin to share more moments together and enjoy the rest of the vacation playing games, sharing a popsicle, and becoming the best of friends. Certainty a sweet tale for younger kids as your family gets ready to move.

3. “The Berenstain Bears’ Moving Day” by Stan and Jan Bernstein (Ages 3-6): When it comes to anything pertaining to kids, these bears are the specialists, and moving day is no different. This book marks the beginning of the family’s move to their new and now very famous tree house. Although it’s an exciting time for everyone, Brother Bear is hesitant and not sure if he’ll be able to make new friends.

4. “Maggie Doesn’t Want to Move” by Elizabeth Lee O’Donnell (Ages 5-8): Third-grader, Simon doesn’t want to move. He doesn’t want to leave his friends, favorite playground, old house or his understanding teacher. However, instead of telling his parents exactly how he feels, Simon decides to blame it on his little sister, Maggie. He then places her in his little red wagon and runs away to his friend’s house. His parents realize what’s going on and give the kids a tour of their new neighborhood, including the beautiful country park. Simon enjoys this very much and decides that he, er—Maggie, does want to move after all.

5. “Hey, New Kid” by Betsy Duffey (Ages 8-11): Being the “new kid” is a lot of pressure of a child. Children often ask themselves questions about whether they’re cool enough, or have the right skills? Will their ordinary life be exciting enough to fit into their new school? This is what happens to the new student, Cody. He decides that being a regular kid isn’t enough, and prefers to be Super Cody. He tells his new friends at school that his father is FBI agent, his pet emu, and of course—his great rollerblading skills. The kids are fascinated with his stories, and Cody doesn’t think much about it. That is until someone decides to throw a skating party!

Moving is hard and adding anxious and scared children to the mix doesn’t make for a pleasant transition. With these books and a lot of open communication, your kids will understand the move better and probably even be excited about their new area, new home and new set of friends. It is also important to tell them that just because you are moving, it doesn’t mean their old life is gone…only that new experiences await them.