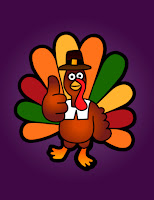 Thanksgiving Day is one of those joyous events we celebrate with lots of love and gratitude. Its a very significant day in United States and the world over. TheHolidaySpot is happy to bring you facts associated to the Thanksgiving celebrations. These include Thanksgiving turkey trivia, pilgrims, thanksgiving proclamation, thanksgiving as a national holiday and other things. These facts and trivia will not only enhance your knowledge about Thanksgiving Day, but also, let you share them with everyone who would like to enjoy the Day with more zeal and enjoyment. Happy Thanksgiving!

Thanksgiving Day is celebrated on the fourth Thursday in November in the United States.

By the fall of 1621 only half of the pilgrims, who had sailed on the Mayflower, survived. The survivors, thankful to be alive, decided to give a thanksgiving feast.

Thanksgiving Day is celebrated on the second Monday in October in Canada.

The Plymouth Pilgrims were the first to celebrate the Thanksgiving.

The pilgrims arrived in North America in December 1620.

The Pilgrims sailed across the Atlantic Ocean to reach North America.

The pilgrims sailed on the ship, which was known by the name of ‘Mayflower’.

They celebrated the first Thanksgiving Day in the fall of 1621.

They celebrated the first Thanksgiving Day at Plymouth, Massachusetts.

The drink that the Puritans brought with them in the Mayflower was the beer.

The Wampanoag Indians were the people who taught the Pilgrims how to cultivate the land.

The Pilgrim leader, Governor William Bradford, had organized the first Thanksgiving feast in the year 1621 and invited the neighboring Wampanoag Indians also to the feast.

The first Thanksgiving feast was held in the presence of around ninety Wampanoag Indians and the Wampanoag chief, Massasoit, was also invited there.

President George Washington issued the first national Thanksgiving Day Proclamation in the year 1789 and again in 1795.

The state of New York officially made Thanksgiving Day an annual custom in 1817.

Sarah Josepha Hale, an editor with a magazine, started a Thanksgiving campaign in 1827 and it was result of her efforts that in 1863 Thanksgiving was observed as a day for national thanksgiving and prayer.

Abraham Lincoln issued a ‘Thanksgiving Proclamation’ on third October 1863 and officially set aside the last Thursday of November as the national day for Thanksgiving. Whereas earlier the presidents used to make an annual proclamation to specify the day when Thanksgiving was to be held.

President Franklin D. Roosevelt restored Thursday before last of November as Thanksgiving Day in the year 1939. He did so to make the Christmas shopping season longer and hus stimulate the economy of the state.

Congress passed an official proclamation in 1941 and declared that now onwards Thanksgiving will be observed as a legal holiday on the fourth Thursday of November every year.